By IBS March 05, 2018
The day is finally here. We have been waiting for the Indian T20 League to begin for a while now. The excitement, the passion, and the tension in the air are almost palpable. This league has been successful from day one. It might be a surprise to a few cynics here and there. Here’s a list of reasons as to why even on the cusp of the eleventh edition, the event is just as popular. Probably more.
In India, Cricket is like a religion. We have our own Gods in Sachin Tendulkar and the likes. Sachin Tendulkar has his own temple. This league is a way to celebrate the religion. Something like what Diwali is to the Hindus. 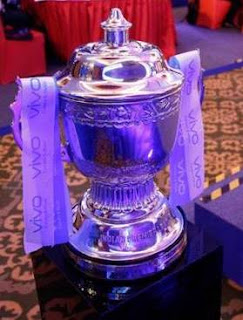 The creation, innovation and the magnitude of the game only get bigger and better. The money involved. Oh, the money. I think that pretty much sums it all, doesn’t it?
One change though. IPL 2018 will have just a single opening ceremony unlike last year, where one was held in each of the eight home venues of the franchises. Believe it or not, even IPL has budget cuts. The opening has been rescheduled. It has been postponed from April 6th to April 7th at Wankhede before the 2018 IPL opener. The schedule for the rest of the tournament, though, remains unchanged. The final, as scheduled earlier, will be played on May 27 at the Wankhede.
The rules are exciting.  The game is challenging. A lot is at stake.

We, Fantain, want you fans also to win something out of all this as well. We have our Fantasy App that lets you, the fans, pick your dream team. It doesn't matter who your idol is and which country he plays for. If you like him,and if you think he can score; he is on your team. Isn’t that really something?

As always, this season also has so much more to look forward to. It is two months of non-stop action. Some of the greatest players in the world come together to play. The opening ceremony involves several big Bollywood stars. There is no shortage of action or drama in the world of T20 League.
Even the cynics cannot refuse now, can they?
The auction is just over. Let's take a look at the top trivia of the sale.

Trivia
·        Jaydev Unadkat became the most expensive Indian player at the Indian Premier League (IPL) auction when he was bought by Rajasthan Royals in Bengaluru on Sunday. He was bought for the price of Rs.11.5 crore. They beat KKR, KXIP and CSK.
·        Manish Pandey (SRH) and KL Rahul (KXIP)  ruled the opening day with a price of 11 crore.
·        Ben Stokes (12.5 C) became the most expensive player at the IPL auction for the second year running as he was taken by RR.
·        RR also took claim on Aussie Pacer Andrew Tye. With a base price of 1 crore, he was eventually bought for a cool 7.2 C. Nice shooing.
·        RR also took over off-spinner Krishnappa Gowtham for Rs.6.2 Crore. Another expensive bid.
Let’s take a look at the teams and the players in each team.

Check out this space for more on IPL 2018

By IBS June 10, 2017
Group A. Wide Open. With Bangladesh having won the match, Australia and New Zealand have been dumped to the bottom two. This adds pressure to the match today. A do-or-die clash always has its charm. Coming back to us fans, while the men hope to do a good job on the field, we need to pick a good lineup for our dream team. Let’s get on with it. England first. England is on top with four points from two wins, yes. But there is no need to slack and take it easy. They would want their best men in front. 77% have added Alex Hales to their lineup. With a salary of 8, I’d want him on my team too. But then, that’s just me. Jason Roy is under pressure to perform, so he will want to put on a good show. I might risk him as well. Ben Stokes and Jos Buttler, still fresh from their IPL tournaments are pretty good bets. Joe Root is a must, along with Morgan of course. The Captain. Now, the bowlers. Adil Rashid, Liam Plunkett and Jake Ball should be in. Australia Star
1 comment
Read more