By IBS February 04, 2018
Hahahhaa. That’s all I feel like saying. This is absolutely amazing a victory. We not only defeated South Africa, we literally crushed them in their own home ground. Well, I should probably say all this after we win the series but I just cannot help it. I knew we were going in with all those advantages that I had mentioned earlier but I honestly did not expect the Proteas to collapse like this. A wonderful performance by the men in blue. 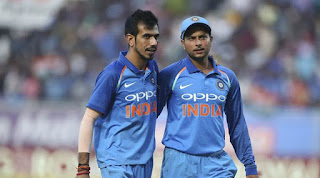 Now enough with the adjectives. Let’s see what happened. India won the toss and decided to bowl. The opening partnership between Amla and Q de Kock looked promising. With a scoring rate of 72 and 56, the openers looked like they were on their way to a high score. And then India hit a breakthrough. Aideen didn’t quite make his mark. Probably all that pressure from being made to lead the team after having played only two ODI matches. I mean no offense, but even Sachin Tendulkar did not like that pressure. After having played cricket from the tender age of 16. After making his debut against mighty Pakistan. (well back in the 90’s, they did have a really good team).
Dumini and Zondo tried their best. The rest just pulled a Pakistan and crumbled under pressure. With no individual score even touching 30, India was given a target of 119. Now, there was no reason for India to get all overconfident. There was a possibility that the pitch could also make the Indians tumble. But the men in blue played with a clear cool head. While Rohit Sharma got out at 15, Shikhar Dhawan and Virat Kohli took the team home in a smooth cool manner ( the lunch break with two runs to win was a little why????? But whatever). 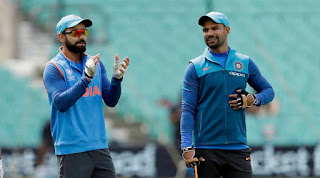 India wins by nine wickets. Wrist spinners the key. Y Chahal’s five-wicket haul along with Kuldeep Yadav’s three put India on the winning path. You should see the econ rate. It is phenomenal. Y Chahal - 2.64. Kuldeep Yadav - 3.33. Course when the opposition falls in less than 33 overs, it does help too.

End of the day, it was a thumping victory for the Indians.Comprehensive. We are now leading the series 2-0. It is looking up to be quite a challenging series. Full of suspense and surprise
Indu

By IBS July 06, 2017
First Match - Abandoned Second Match - India Beat West Indies by 105 runs. Third Match - India Beat West Indies by 93 runs. Fourth Match - Hmm… I don’t really want to talk about it.
Oh well.. Here goes. It was a rather embarrassing defeat. The series looked very much in the kitty when India had to chase 190 runs. The faithful Indian Fans probably even started celebrating. Even though the first three wickets fell rather early, Rahane stuck in there and hit 60 runs to pave what looked like a really short road to victory. And then came Dhoni. No one would have even considered the chance of a defeat. Not even a pessimist.
Time moved slowly after that. Or at least Dhoni did. He batted and batted and batted. Remember that time Sunny Gavaskar scored a 174-ball 36 runs? It was 1975 all over again. Dhoni’s innings were just as excruciatingly painful. It would have been worth it had India won of course. India fell short of the target and West Indies won by 11 runs. They were probably surprised t…
2 comments
Read more

Women - Object of Respect, not Objectification

By IBS June 22, 2017
I had to visit the neurologist the other day. I call up the hospital and find out if one would be on call in the evening and had my appointment booked. Fifteen minutes before the scheduled appointment, I reach the receptionist to confirm the room. She goes, “ The lady neurologist will see you in room number 10”. I was stumped. What was the message she was trying to convey? Neurologist is in? She’s a lady? Do I want to see a lady neurologist?


It got me wondering. Does being a lady make her any less of a doctor? Why can’t the receptionist just say “ The neurologist is in?” And then I wondered .. does anyone ever say “lady receptionist”? No. Then why this tag for a doctor? Women today are just being designated to posts where they can look pretty. Looking pretty seems more important than doing a good job. There are actresses who have confessed that they were told by the director to just look pretty and needn’t worry about acting. It is a pretty sad state of affairs when women are being loo…
3 comments
Read more