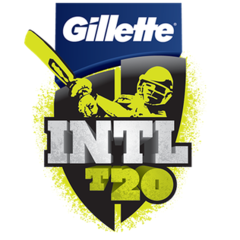 Australia and New Zealand inaugurate the tournament with the first T20 taking place on 3rd Feb 2018.
T20 is back in action. New Zealand join Australia and England in what has already been some
fantastic show of cricket. New Zealand have just come out of a tough series with Pakistan. While they
won the ODI series hands down ( 5-0 ) they lost the T20 series. Which is what they are now going to
play in Australia. Hence they should be on their guard.

The first match takes place at Sydney Cricket Ground. The T20 matches have seen a highest score
of 221 (by Aus). David Warner captains Australia. Steve Smith is sitting out currently, given that the
team is going to tour South Africa after this. Now we are all quite familiar with the tough South African
pitch conditions, as we are following the Indian team closely there.

Australia is making a few changes and have decided to bring in those whose performances have
stood out at the Big Bash League. Alex Carey, D’Arcy Short, Billy Stanlake and Ben Dwarshuis are
the new faces. NZ on the other hand might not be making any changes.
Note: Aaron Finch has been ruled out. Short or Lynn will open.

"It's a great opportunity to lead a younger team," Warner said. "You need some form of experience around the young group. It's going to be tough and challenging when you play all three forms... but you are always going to give 100 per cent.

Low costing players - must have
D’Arcy Short - supposed to be the new David Warner.
Billy Stanlake
Ben Dwarshuis
In a blow to the standard of the Big Bash League none of the players chosen for the
Australian tri-series squad will be able to feature in the finals.

Click here to Get the data. Get smart. Get the App. Win big.

Indu
P.S. Please note that the above-expressed opinions are purely the Editor’s. We do not take
responsibility, nor can we guarantee the performance of the players. All the best !!!