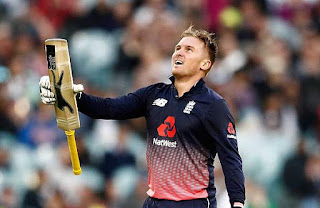 This is England’s highest successful run-chase in Australia. No better way to start a five match ODI
series, is there?

This was the playing squad for the first OD

This match takes place at The Gabba, Brisbane. With a highest score of 324 and a highest successful
chase of 309 (both by Australia), they will look forward to turning the tables. Aaron Finch will want to
make his century count this time.
The winners of the first ODI had Aaron Finch, Jason Roy and Liam Plunket right on top of their list.
Pat Cummins followed right behind. Though Jason Roy walked away with all the glory, Aaron Finch
topped our Fantasy Points score with a massive 165. Naming them captain and vice captain
respectively is the icing on your Fantasy Cricket Cake. I had named Aaron Finch as my VC and I did
really well indeed.

I have joined not just the paid pool, but the free pool as well. Go on, try both.

What do you think?
Indu


P.S. Please note that the above-expressed opinions are purely the Editor’s. We do not take
responsibility, nor can we guarantee the performance of the players. All the best !!!